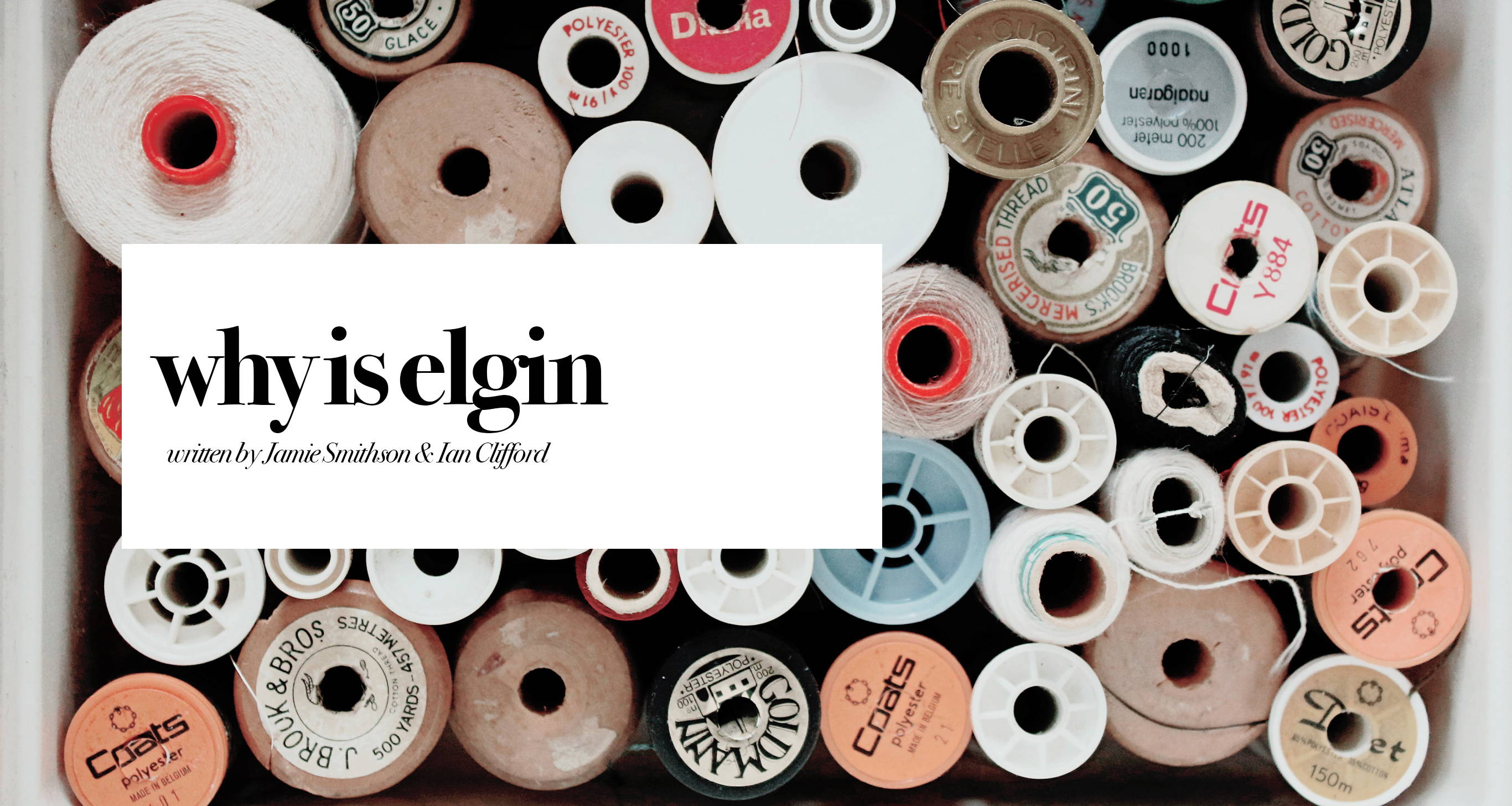 Why matters. We’ll get to who we are and what Elgin is soon enough.

But ‘why’ is important.

It’s about the things we stand for and stand against.

But, if we don’t stand for something, and have a reason for doing what we’re trying to do, then really there would be no point in trying at all.

This business exists to make a great product, provide great service to its customers and to change the way that premium menswear is made, sold and consumed.

So we’ve made a promise.

We promise to make the highest quality menswear staples, available year round, priced to be affordable, made to last and made with the least harm to the planet.

We’ve written at least 50 versions of that and we keep trying to perfect it..

Every attempt at distilling our ‘why’ has had a few core things in common that we’re trying to put across.

We’re making premium quality menswear that competes with luxury brands, but at the same price as the higher end of the high street.

That means we’re making clothes that have the quality of Sunspel or Paul Smith, but we’re selling them at the price of All Saints or Cos.

We’re making as much of our range as possible in the United Kingdom. We’re passionate about British manufacturing and aim to support it as much as we can. Sadly, some of the processes have to be done in other countries because that’s the only way, right now. We just don’t always have the skills here any longer.

But, we also need to admit that some of those skills are better represented in other countries and we have no plans to repatriate the manufacture of a product if it will diminish the quality.

That said, every single choice we make is balanced against the ecological and cultural cost to our planet and to the people who are involved in our manufacturing process.

So our second 'why' is to be as ethical as we possibly can.

We’re making products up to a quality, not down to a price.

Our clothes are made to last.

When we make a high-quality product we are respecting the investment we ask you to make and giving you a garment that will pass the test of time.

We want our clothes to be durable. The longer they last, the less of the things we’ve produced will go to landfill.

Good for the planet too.

Not only can you get much, much more use over a longer period of time from a better made garment, but the resources that were used in its manufacture are given more life.

The energy and raw materials that went into your Elgin garment are used for longer. That extension of the cycle means you benefit, but we also consume less as a producer.

Wearing a garment for nine months longer than the standard two month fast fashion wear cycle reduces its carbon footprint by more than thirty per cent. We want to enable that – and longer – for our customers.

The third pillar of Elgin’s ‘why’ is that when you do need to replace an item or add to your wardrobe, the garment you’ve come to love will still be in our available collection for you to buy.

Now, and for years to come.

Say goodbye to seasonality and designed in obsolescence.

How many times do we need to reinvent the T-Shirt?

We’ve done that. We’ve made it incredible.

So, when you need a new one, or you want it in another colour, you’ll be able to come back and buy the same thing. Same quality, same longevity, same concern for the planet and our producers.

So that’s the why.

Hold us to it.

But, as much as what we stand for, what do we stand against?

We’re out to stop fast fashion, throwaway culture, ever-expanding landfill, selfish consumption and the pervading culture of ‘WIIFM’. Just because something is good for you doesn’t mean it needs to be the opposite for someone else.

When that’s squared away, then we’ll look to whether something is good for us and makes sense for Elgin as a business.

The two concepts can and should be aligned.